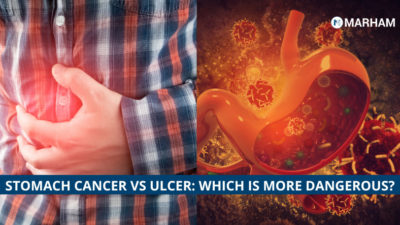 It can be hard to tell the difference between stomach cancer and ulcers. Both diseases are dangerous, and both can cause a lot of pain. In this health blog, let’s compare and contrast stomach cancer vs ulcers.

We will look at the symptoms, causes, and treatments for each disease. By the end, you will know which one is more dangerous!

Stomach cancer and ulcers share some similarities. For example:

According to a research published in the New England Journal of Medicine:

“Gastric ulcer disease and gastric cancer have etiologic factors in common. A likely cause of both is atrophic gastritis induced by H. pylori.”

Both stomach cancer and gastric ulcer diseases can cause pain in the stomach, weight loss, and nausea. The two most common types of stomach cancer are adenocarcinoma and lymphoma.

The majority of cases (about 80%) are adenocarcinomas, which arise from the cells lining the inside of the stomach. Lymphomas, which develop from immune cells in the stomach, make up most of the remaining cases.

Both adenocarcinomas and lymphomas can cause similar symptoms, such as indigestion, heartburn, nausea, vomiting, loss of appetite, weight loss, fatigue, and bleeding. However, stomach cancer is more likely to cause bleeding than ulcers are.

Book an online appointment to speak with a stomach doctor about your symptoms today via Marham!

Stomach cancer and ulcers share some risk factors, such as H. pylori infection and a family history of stomach cancer. However, there are some important differences between the two conditions. For example, ulcers are more likely to occur in smokers and heavy drinkers than stomach cancer.

If you experience any of the symptoms mentioned above, it’s important to see a doctor so that they can rule out other potential causes and determine whether you have stomach cancer or an ulcer. 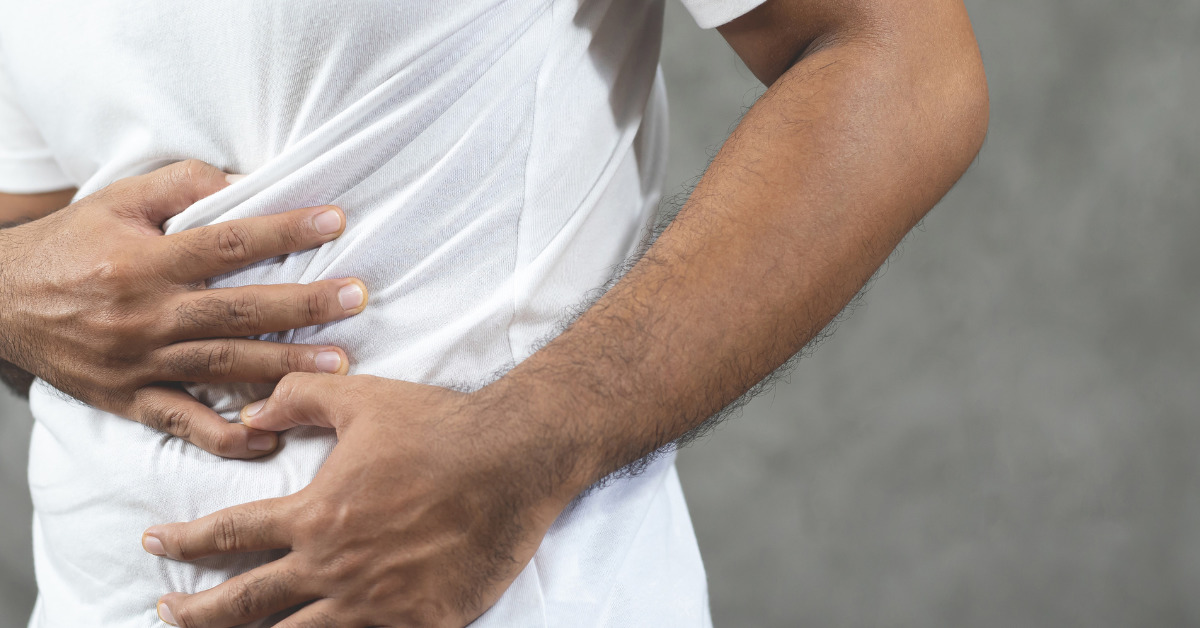 While the two conditions share some similarities, there are also some important differences that you should be aware of. For example:

Metastasis, or the spread of cancer to other parts of the body, occurs in about 70% of stomach cancer cases but in less than 20% of ulcer cases.

Since stomach cancer is more likely to spread, it is also more difficult to treat. In fact, only about 20% of people with stomach cancer live longer than five years after their diagnosis. If you think you may be at risk for either condition, it’s important to speak with your doctor.

4. Some symptoms are different:

While both conditions may cause abdominal pain, weight loss and nausea, ulcers may also cause heartburn or indigestion.

Stomach cancer usually develops slowly over many years, while ulcers can develop quickly. Ulcers can often be treated with medication, but stomach cancer may require surgery.

So, which one is more dangerous?

Between stomach cancer vs ulcer, the cancer is more dangerous as it might start spreading. However, ulcers can cause a lot of pain and discomfort. If left untreated, ulcers can lead to bleeding and perforation of the stomach. This can be very dangerous and even life-threatening.

However, there are some key differences between the two conditions that you should be aware of. If you are experiencing any of the symptoms mentioned above, it is important to see a doctor right away.

Early detection is key for both diseases. With proper treatment, both stomach cancer and ulcers can be managed. Click here to book an online appointment with the Best Stomach Specialists in Pakistan today via the Marham app.

Stomach ulcers are open sores that develop on the lining of the stomach or small intestine. They are not necessarily a sign of cancer. However, they can be a sign of other serious medical conditions, so it is important to see a doctor if you experience them.

It is possible for cancer to cause ulcers, but it is not the most common cause. Cancerous ulcers are more likely to bleed or block the digestive tract. If you have an ulcer that does not heal, it is important to see a doctor so that they can rule out cancer as a potential cause.

Can stomach cancer be mistaken for gastritis?

Yes, stomach cancer can be mistaken for gastritis. Gastritis is a condition that causes inflammation of the stomach lining. It can be caused by infection, stress, or other medical conditions. Symptoms of gastritis include nausea, vomiting, and abdominal pain.

Maryam is a Nutritionist who firmly believes in the power of words. With her advanced knowledge, she hopes to spread awareness regarding nutrition and health among the masses.

The Most Effective Anti-Allergy Tablets For Flu In Pakistan