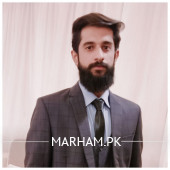 Mr. Raheem Abbas is a qualified Nutritionist in Sahiwal with over 3 years in the food and nutrition field. With numerous qualifications, the doctor provides the best treatment for all nutrition plans and weight loss.

Nutritionists like Mr. Raheem Abbas- Nutritionist give evidence-based information and advise on the effects of food and nutrition on the health and well-being of humans (individually or as a group). It is critical that nutritionists grasp the scientific foundation of nutrition.

Registered Nutritionists are those who have at least a bachelor's degree in nutrition science. They have the knowledge and expertise to give evidence-based information.

A nutritionist like Mr. Raheem Abbas can work with persons who have pre-existing medical issues as long as the services they provide are not related to the nutritional management or treatment of their medical condition (except in partnership with the healthcare professional who is treating the individual's condition) and the support/advice provided is not in conflict with any dietary management of their medical condition.

Mr. Raheem Abbas advises people on food and how it affects their health. They may plan, organise, administer, and assess community health initiatives aimed at improving health and well-being via food and nutrition.

However, a nutritionist is not licenced to give medical advice or administer medical nutrition therapy. This is a dietitian's job. A dietitian has the qualifications to work in a hospital, community, or private practice, as well as to prescribe nutritional treatment and check clinical competency on an ongoing basis.

Doctor's Experience: Mr. Raheem Abbas has been dealing patients with all Nutritionist related diseases for the past 3 years and has an excellent success rate.

How to book an appointment with Mr. Raheem Abbas?

What is the Qualification of Mr. Raheem Abbas?

What is Mr. Raheem Abbas's speciality & area of expertise?

Mr. Raheem Abbas is specialist Nutritionist. His area of expertise include Therapeutic Diet plan and counseling

You can contact the Nutritionist through Marham's helpline: 0311-1222398 and we'll connect you with Mr. Raheem Abbas

What is the fee of Mr. Raheem Abbas?

Video Consultation
Book Appointment
View All Doctors of in Sahiwal
×