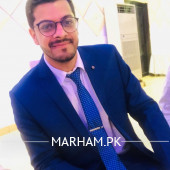 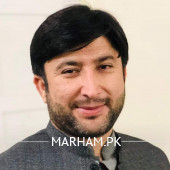 Measles is an infection caused by a virus in childhood. Now it can almost always be prevented with the help of a vaccine. It is also known as Rubeola and can be serious or even fatal for young children. The death rate has fallen dramatically around the world as more and more children are vaccinated against measles. Still, this disease still kills more than 100,000 people a year, most of them under the age of five.

It usually starts with mild to moderate fever, often with a persistent cough, runny nose, eye inflammation (conjunctivitis) and sore throat. This relatively mild illness can take two or three days. Signs and symptoms of measles occur about 10 to 14 days after exposure to the virus. These are usually:

A rash consisting of large, flat spots that often interact Infection occurs in two to three weeks in subsequent stages.

The rashes in the measles consist of the red spots and few them are slightly white. Stains and bumps in tight groups give the skin a red hue. The face is affected initially.

Over the next few days, the rash spreads on the shoulders and torso and then on the thighs, shins, and feet. At the same time, the fever rises rapidly and often reaches 40 to 41 ° C (104 to 105.8 F). The rash gradually disappears and disappears first from the face and finally from the thighs and feet.

A measles patient may transmit the virus to others for about eight days, starting four days before the rash and ending when the rash persists for four days.

Measles is a highly contagious disease caused by a virus that spreads through the nose and throat fluids of an infected child or adult. When someone coughs, sneezes or speaks with measles, infected droplets are sprayed into the air, where others can inhale them. Infected droplets can also land on the surface, where they remain active and contagious for several hours. You can contact the virus by sticking your fingers on your mouth or nose or rubbing your eyes after touching an infected area. About 90% of vulnerable people who have been in contact with the virus get infected.

The risk factors for measles are:

If you have not received the measles vaccine, you are more likely to develop the disease.

If you travel to developing countries where measles is more prevalent, the risk of developing this disease is higher.

If you do not have enough vitamin A in your diet, you will have more serious symptoms and complications.

If someone has measles at home, take the following precautions to protect your family and friends:

Because measles is very contagious for days after the rash, people with this condition should not take up activities that would cause them to contact others at this time. It may also be necessary to keep those who are not immune, such as siblings, away from the infected person.

Make sure that people at risk for measles that have not been vaccinated receive a measles vaccine as soon as possible. The first dose for infants is usually given for between 12 and 15 months, while the second dose is usually given for between four and six years. If you are traveling abroad before the age of 1, ask your doctor for a prior measles vaccine.

Measles treatment in other cities

Best General Physician in other cities of Pakistan