A Rare Birth Defect is on the Rise in Rural Pakistan 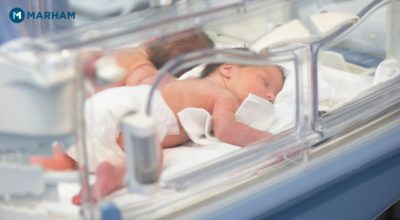 A rise in occurrence of a rare neural tube defect, Spina Bifida is reported in South Punjab. The spinal disease is detected in newborns and the number remains the highest in the rural areas of Pakistan.

Assistant professor of pediatrics at SZMCH, Dr. Syed Asif Shah reported that they treat almost 5-6 children with Spina Bifida every week, and almost 50,000 cases of the spinal disease are reported every year across the country. He added that the deficiency of folic acid in women during their first pregnancy trimester usually results in this birth defect in the newborns. The doctor further mentioned that infants detected with Spina Bifida can live a maximum of 20 years.

Dr. Shah emphasized that the disease is even more dangerous than the polio virus and that a strong initiative should be taken at the governmental level to launch awareness campaigns against the disease, especially in rural Punjab. The highest occurrence of the disease is in South Punjab including the Sadiqabad district where the highest number of cases are reported.

The rise in birth defects in rural Pakistan is attributed to the minimal resources and the catastrophic floods which further caused the food shortage in these areas.

The spokesperson at SZMCH claimed that the hospital bears the treatment cost of all such patients brought to the pediatric department of the hospital. The doctors demand an awareness drive in the underprivileged areas at the governmental level to reduce the disease rate in the country.

Spina Bifida is a disorder resulting in improper formation of the spinal cord in children leading to urinary incontinence, paralysis, weakness, etc. The disease can be detected during the fetal ultrasound in the fourth week of pregnancy.