5 Common Gastrointestinal Disorders and their Treatment 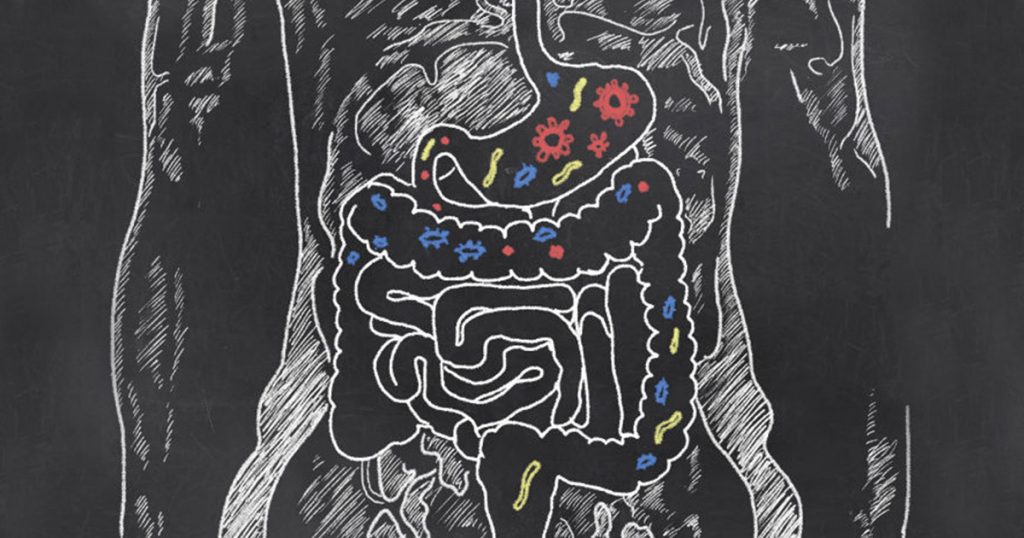 The digestive tract or gastrointestinal tract (GI tract) is the organ system which is responsible for the consumption and digestion of food.

It also extracts the nutrients and energy from the food and expels the waste and by-products from the body. There are a number of common stomach problems that may arise due to an issue within the GI tract. Choice of food you eat is of prime importance for your gastrointestinal health, for instance, the unhealthy eating habits of the people living in Karachi has affected their gastric health drastically.

Most of the digestive problems are caused due to unhealthy diet and lifestyle and can be resolved by improving diet, lifestyle changes and exercising. Here is a list of the most common GI disorders and an insight on their resolution.

Acid reflux happens when the acid of the stomach flows back into the esophagus. It is commonly caused by overeating but there can be other reasons too.

However, if it happens more often then it might be a severe form called the GERD or gastroesophageal reflux disease.

Its symptoms include heartburn and the taste of sour liquid and regurgitated food in the mouth. Mostly, acid reflux can be treated with antacids and a few lifestyle changes that include weight loss, portion control and avoiding trigger foods such as fried food, dairy, spicy and fatty food.

However, if the problem persists then you might need to consult a doctor to evaluate your condition. Login to Marham today to book yourself an appointment with the best gastroenterologists in Karachi, Lahore, Islamabad and other main cities of Pakistan.

Another common GI tract disease is constipation which is caused by the lack of fiber intake. Its symptoms include hard stools which result in extreme difficulty in passing stool.

One of the biggest reasons for this disease being this common amongst the masses is the habit of eating out and not maintaining a healthy balanced diet.

Constipation can be treated with healthy lifestyle changes like regular exercise and a diet rich in fiber that includes whole grains, vegetables, and fruits. If, however, the problem is chronic then it is better to find and consult a doctor for a proper treatment.

Peptic ulcers, another GI tract disorder, are sores in the lining of the stomach. The actual cause of these ulcers is not known till date. However, this condition is said to be aggravated due to stress.

The symptoms include extreme pain in stomach and if not treated timely it can lead to a critical infection as well as an increased risk of gastric cancer. Peptic ulcers can be treated with a combination of antibiotics and acid reduction therapy. In case of severe ulcers, laparoscopic surgery might be necessary for treatment.

The symptoms include diarrhea, anemia, abdominal pain, rectal bleeding, and weight loss. Both of the diseases can be treated with prescription steroids, immuno-suppressants, and anti-inflammatory drugs. Crohn’s disease might also be treated with antibiotics while the severe cases of ulcerative colitis may require surgery in order to remove the colon.

Gallstones are littles pebbles made up of bile salts and cholesterol that accumulates in the gallbladder. Some of the causes include obesity and regaining weight quickly after losing it.

The symptoms of gallstones include a severe pain in the upper abdomen right under the rib cage. The removal of gallstones would typically require a surgery of the gallbladder.

In case you are experiencing any of the symptoms from abdominal pain to heartburn and excessive belching to difficulty in the bowel movement, it might be a signal of a GI tract disorder.

In such cases, schedule an appointment with your doctor to find out the cause behind the symptoms by conducting recommended tests.

This will help to determine the best course of treatment as well as timely monitoring of the disease to prevent any complications.

She has been working as a freelance writer for over three years with a varying variety of genres which she specializes in. Her work has been published on different sites where she intelligently balances information with the SEO needs of the content. Apart from writing web content, she has also written multiple e-books and is currently working on her personal e-book for Kindle. Having an IT background from Quality Assurance adds impeccable quality and finesse to all the work that she produces which is always fun and enlightening to read. To learn more about her insight on various medical conditions, keep following her on www.marham.com.pk.